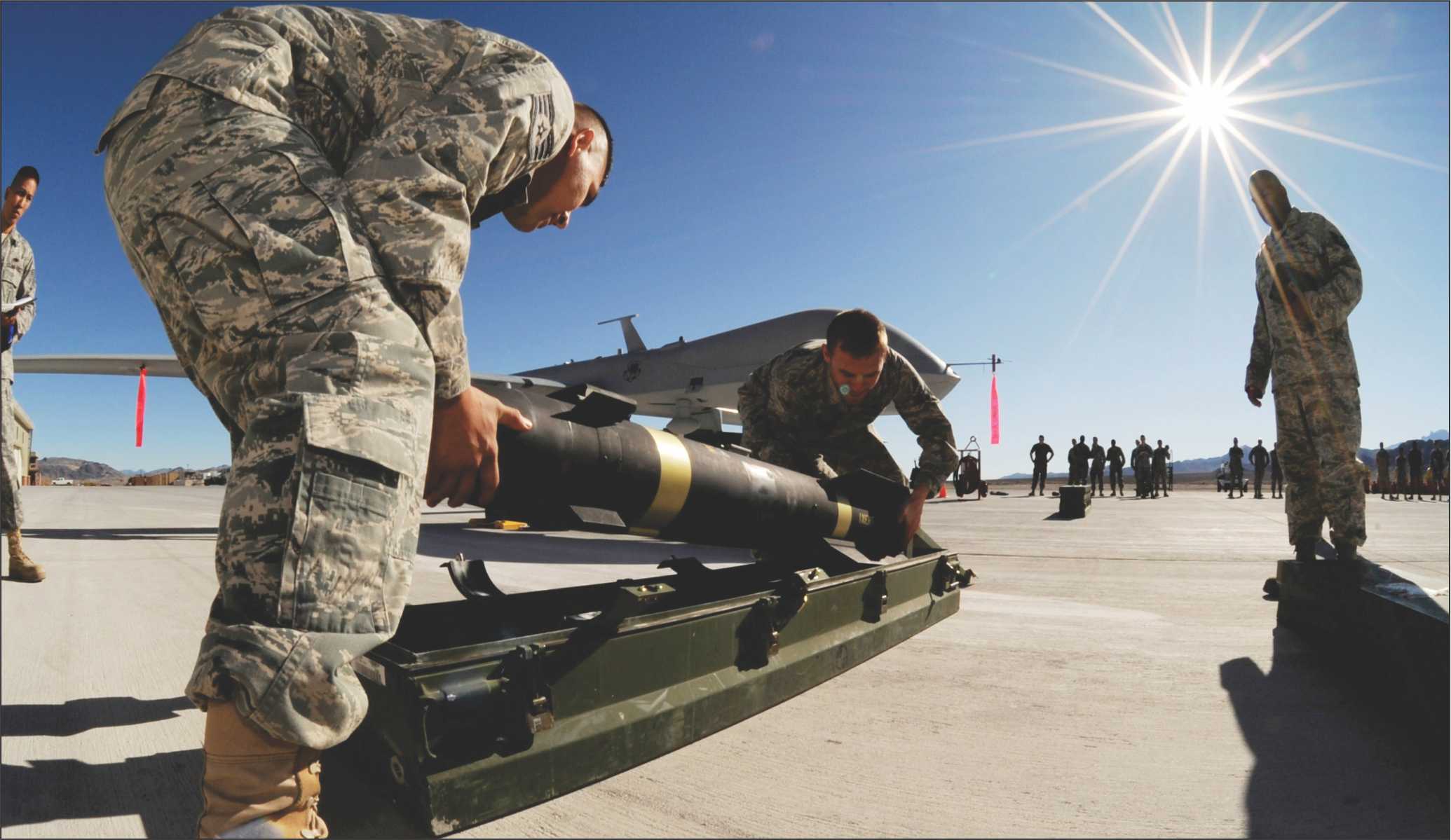 Among the deadly tactical missiles which can be best suited for airborne platforms, the Hellfire has proved to be one of the most destructive fire power and has earned a name for high degree of accuracy due to its superior features and lethal combination of advanced computing and light material.

Like Tomahawk missile which is known as the most advanced cruise missile in the world, the Hellfire missile is also highly regarded as being particularly effective due to its accuracy and lighteningspeed.

Probably, the Taliban had a great fear for both the drones and Hellfire missile which can hit them at any time with maximum precision as the missile travels so quickly to the target sometimes it does not allow to make a move for a fast moving vehicle to escape its lethality.

The Hellfire can be launched from a wide range platforms and confine to its target vicinity without making collateral damage in adjoining areas which makes it the first choice of military commanders who would like to avoid civilian casualty.

Hellfire (initially named the Helicopter Launched, Fire and Forget Missile) is a short-range, laser or radar guided, air-to-ground missile system designed to defeat tanks and other individual targets, while minimizing the exposure of the launch vehicle to enemy fire.

It was designed during the 1970s as a multi-mission, anti-armour, precision attack weapon that would be effective against tanks, bunkers and structures. Advanced development of the missile continued through 1976, when the USArmy awarded an engineering contract to Rockwell International.

A delay fuze initiates the warhead after penetration for maximum lethality. Incendiary pellets ignite and sustain burning of combustibles and ordnance to ensure target destruction.

On March 31, 1982, Rockwell International won the contract to produce Hellfire launchers and missiles and delivered the first operational rounds in late 1984. The Hellfire missile system entered service in 1985.

Hellfire is designed to accept other guidance packages and is used on helicopters against heavily armored vehicles, at longer standoff distances than any other Army missiles now in the inventory.

The first generation of Laser Hellfire presently is used as the main armament of the US Army’s AH-64 Apache and US Marine Corps’ AH-1W Super Cobra helicopters.

The second generation currently is available for deployment. Laser Hellfire homes on a laser spot that can be projected from ground observers, other aircraft, or the launching aircraft itself.

This enables the system to be employed in a variety of modes: autonomous, air or ground, direct or indirect, single shot, rapid, or ripple fire.

The AGM-114A Basic Hellfire tactical missile is the originally designed Hellfire missile, which is no longer purchased by the Army.

A total of 31,616 were produced by both Martin Marietta and Rockwell International since 1982. AGM-114As in the inventory are released for live-fire training when they are replaced with AGM-114Cs.

The AGM-114B, although primarily designed for Navy use, can be fired from Army aircraft. This missile has an additional electronic arm/safety device required for shipboard use.

The AGM-114C missile has an improved semi-active laser seeker with an improved low visibility capability. The AGM-114C has a low smoke motor and a lower trajectory than the 114A. Army missiles should be marked with either the A or C designation just behind the seeker.

The AGM-114K missile is capable of operating with either pulsed radar frequency or A-Code laser codes for those aircraft equipped with dual code capability.

Hellfire II incorporates many improvements over the Interim Hellfire missile, including solving the laser obscurant/backscatter problem, the only shortcoming identified during Operation Desert Storm.

The combination of Hellfire II’s precision guidance and Longbow Hellfire’s fire-and-forget capability will provide the battlefield commander flexibility across a wide range of mission scenarios, permitting fast battlefield response and high mobility not afforded by other anti-armor weapons.

For anti armor roles, the AGM-114 missile has a conical shaped charge warhead with a copper liner cone that forms the jet that provides armor penetration.

This high explosive, anti tank warhead is effective against various types of armor. Actual penetration performance is classified. It can also be employed against concrete bunkers and similar fortifications.

The tactical missiles are propelled by a single stage, single thrust, solid propellant motor. When thrust exceeds 500 to 600 pounds, the missile leaves the rail.

Based on a 10g acceleration parameter, arming occurs between 150 to 300 meters after launch. Maximum velocity of the missile is 950 miles per hour. Maximum standoff range is a function of missile performance, launch platform altitude versus target altitude, visibility and cloud cover.

Remote designation allows the launch aircraft to stand off at greater distances from the target. This standoff range can be out to the maximum missile effective engagement range.

There are different techniques for tactical employment of the Hellfire missile on the battlefield. These techniques are ultimately driven by the two engagement methods by which the missile can be controlled to the target: autonomous and remote.

An autonomous engagement requires the aircraft launching the missile to guide it all the way to the target after the missile is away. In this method, a single aircraft and its crew will locate, identify, fire, and guide the missile until destruction of the target in the same way an M2/M3 Bradley crew employs its TOW missiles.

In contrast, a remote engagement requires an aircraft to serve as a launch platform, providing a missile for another aircraft or a ground observer, designating with a laser, to guide the missile to its intended target.

A ground designation station such as an FO or Combat Observation Lasing Team (COLT) accomplishes this with lasing devices like the G/VLLD or MULE.

With a remote engagement, the air crew is responsible only for delivering the missile toward the general location of the target, but is no longer responsible for its guidance once it leaves the external launch rails.

Remote engagements, however, require a great deal more coordination and planning between the, shooter, and the observer.

In addition to the two methods of engagement, there are four modes of delivery that aircrews can utilize when firing the Hellfire missile.

These delivery modes are driven by three factors: distance to the target, the weather (primarily visibility and cloud ceiling height), and terrain conditions under which the missile will be fired.

When a Hellfire missile flies through obscuration (fog, clouds, smoke) or if the designator fails to lase the target properly until impact, the missile loses laser lock and will be lost for good.

Only one model of Hellfire missile, the AGM-114K, has a built-in system to assist in the reacquisition of the target after laser lock-on is lost. The AGM-114L, when fielded, will provide a true fire-and-forget capability.

Hellfire is currently produced in three configurations-Anti-Tank, Blast-Fragmentation and Thermobaric. A choice of semi-active laser and milimeter wave active seekers are also available.

The 45kg Hellfire II missile (48kg in AGM-114M version) offers operational range of 0.5 to 8 km, and utilizes a semi-active laser seeker which has improved targeting capability, including advanced processing to solve laser obscurant/backscatter problems identified during combat engagements in 1991.

Hellfire II locks on before or after launch and can engage multiple targets simultaneously.

The digital autopilot can be reprogrammed in flight, to home in on new targets in when employed in a Lock-On After Launch mode.

Hellfire II is also equipped with electro-optical countermeasures hardening. The missile is capable of operating with pulsed radar frequency or A-Code laser codes for those aircraft equipped with dual code capability.

When employed with the AH-64D Longbow radar targeting system, the missile can also be equipped with a millimeter-radar seeker, which enables fire and forget operation in adverse weather, dust and smoke.

The Longbow missiles are fully compatible with the launchers carried on the Longbow Apache which also carry the AGM-114K/M laser guided missiles.

Besides autonomous homing on targets designated by the Longbow Fire Control system, the missile can also use advanced modes, currently being upgraded to the system, which provide home-in on active jammers that try to degrade or disable the missile. The missile will also receive advanced countermeasures to defeat and cancel jammers.

The Hellfire AGM-114K anti-tank version has been modified to improve its fragmentation capability, when engaging soft targets.

The Mod-K modification, pursued by Dynetics for the Aviation & Missiles R&D and Evaluation Center, included the installation of a fragmentation sleeve placed around the shaped charge, optimizing fragment lethality against a broad target set, while minimizing degradation of shaped charge performance.

This warhead is designed to inflict greater damage in multi-room structures, compared to the Hellfire’s standard or blast-fragmentation warheads.

The Metal Augmented Charge or MAC (Thermobaric) Hellfire, designated AGM-114N, has completed rapid development cycle in 2002 and was deployed during OIF by US Marines Helicopters in Iraq.

The new warhead contains a fluorinated aluminum powder that is layered between the warhead casing and the PBXN-112 explosive fill. When the explosive detonates, the aluminum mixture is dispersed and rapidly burns.

The resultant sustained high pressure is extremely effective against enemy personnel and structures. The AGM-114N is designed for deployment from helicopters such as the AH-1W or UAVs such as the Predator drones.

The combination of Hellfire II’s precision guidance and Longbow fire control and Hellfire’s fire-and-forget millimeter-wave seeker capability provide the battlefield commander flexibility across a wide range of mission scenarios, permitting fast battlefield response and high mobility not afforded by other anti-armor weapons. The Longbow variant of the Hellfire missile is designated AGM-114L.

A West Asian country is seeking to add 657 AGM-114 Helfire II missiles to equip its ground forces. The West Asian country armed forces are requesting the US for 633 AGM-114K1 anti-tank missiles fitted with a tandem HEAT warhead and 44 AGM-114M1 missiles equipped with Blast Fragmentation warheads. The deal worth US$366 million also include Hellfire II Training and drill missiles and technical support.

Since 2007, the US Army invested over $18 million in modifying Hellfire missiles to better adapt for operating at higher altitude and wider engagement geometries, better suitable for deployement with unmanned aerial systems such as the Predator, Sky Warrior and Reaper.

The required modifications include the replacement of the gyro into a MEMS-based inertial measurement unit (IMU), and introduction of software changes increasing the missiles engagement geometries and its capability to defeat a broad target set ranging from heavy armor to urban structures.

The Hellfire II missile is a combat-proven tactical missile system that can be launched from multiple air, sea, and ground platforms.

Offering multi-mission, multi-target capability and precision–strike lethality, the Hellfire II missile is the primary 100 lb class air–to–ground precision weapon for the armed forces of the United States and many other nations.

The Hellfire Romeo consolidates the capabilities of all previous Hellfire II variants equipped with semi–active laser (SAL) seekers into a single missile that defeats a broad range of targets.

From before launch to detonation, the Hellfire Romeo features a variety of technological improvements that boost its effectiveness and utility.

As in previous Hellfire II models, the Hellfire Romeo can lock onto targets before or after launch for increased platform survivability.

But its new three-axis inertial measurement unit also enables properly equipped launch platforms to engage targets to the side and behind them without maneuvering into position.

It can be launched from higher altitudes due to its enhanced guidance system and improved navigation capabilities, which increases the missile’s impact angle and enhancing lethality.

A new multi-purpose warhead enables the Hellfire Romeo to defeat hard, soft and enclosed targets, thus allowing pilots to meet many contingencies with a single Hellfire loadout-it is one missile for many missions.

The Hellfire Romeo integrates with all Hellfire II–compatible platforms and can be launched autonomously or with remote designation.

Rotary-wing platforms include the Apache, Kiowa Warrior, Cobra and Seahawk, as well as the Tiger Armed Reconnaissance Helicopter (ARH) for Australia and the Tiger Hélicoptèred’Appui Destruction (HAD) for France.

Fixed–wing platforms include the KC-130J Harvest Hawk, and the Cessna Combat Caravan aircraft. The Hellfire has also been demonstrated on ground-based tripods, ground vehicles and boats. 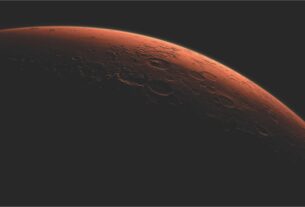