Raytheon Company has initiated an internally funded program to enhance its combat-proven 155mm Excalibur GPS-guided projectile with a new guidance and navigation unit (GNU) with a semi-active laser (SAL) end-game targeting capability. Addition of the SAL seeker will allow the munition to attack moving targets, attack targets that have re-positioned after firing, or change the impact point to avoid casualties and collateral damage.

This new Excalibur variant using SAL guidance paves the way for GPS-guided Excalibur Ib customers to upgrade their Excalibur Ib guidance and navigation units with a GPS/SAL capability. Recent tests of the SAL seeker have demonstrated the robustness of the design in a severe gun-firing environment.

In addition to 155mm artillery land forces worldwide, the GPS/SAL capability will be available for both 155mm and 5-inch (127mm) naval guns to address moving targets on land and at sea. Counter-swarming boat capability will be the prime focus of the at-sea moving target capability using a high-firing rate, large caliber, affordable munition that can be fired from land or sea platforms. The transition to the naval 5-inch configuration is easily made as the existing 155mm Excalibur Ib GNU design also fits in a 127mm projectile body.

Excalibur has proven itself an invaluable asset for avoiding collateral damage while defeating targets that may otherwise be out of reach or cannot be quickly engaged. No other gun-launched GPS-guided artillery round is as precise as Excalibur, which in its current design gives the ability to hit within 4 meters of the target 90 percent of the time. 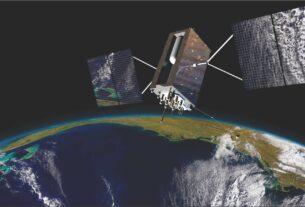 Tactical Jamming- Airborne platforms and use of EW systems