Extreme weather, vast distances and stretches of darkness have long made it difficult to protect Arctic territories, and the problem has grown as ice fields recede and open swaths of ocean year-round. Now new tools are helping nations head off the evolving risks, allowing better communication and monitoring at the northern tip of the Earth.

Raytheon Canada Ltd has received a five-year contract to operate the North Warning System, a joint Canadian and United States radar system that detects airborne threats from Labrador to the Yukon.

Because areas north of the Arctic Circle can go without sunlight for up to 6 months a year, another of Raytheon’s technologies takes on particular relevance: the satellite-borne Visible Infrared Imaging Radiometer Suite (VIIRS).

The device’s detector arrays can create images using 22 different bands of the electromagnetic spectrum, documenting everything from sea surface temperature to vegetation.

VIIRS’ day/night band captures rich visual detail in any conditions-even in the dark and frozen Arctic, where the frigid winter makes it hard for traditional thermal-imaging tools to tell the difference between clouds, ice and water.

Raytheon technologies are helping conquer another Arctic challenge: the lack of reliable communications. That’s an urgent problem as more ships travel through the region.

The Arctic is naturally hostile to high-tech communications. Its electromagnetic conditions disrupt signal reception, and the curve of the Earth makes much of the region inaccessible to satellites orbiting the equator. Secure connections on ships are hard to come by.

Raytheon is helping the US Navy better communicate through its Navy Multiband Terminal, which will be deployed on about 300 ships, including aircraft carriers and destroyers.

The terminal allows stable and secure connections with orbiting satellites-even in rough seas with 50-foot swells, a common occurrence in the Arctic Ocean and many other parts of the world.

Raytheon’s Enhanced Polar System (EPS) promises to further expand communication. Raytheon worked with Northrop Grumman to develop the EPS. The system, which is set for launch in 2016, uses an advanced satellite to provide a range of U. military operations in the region, including secure and jam-resistant access to teletype, voice, email, instant messaging, video, multi-media and data communications. 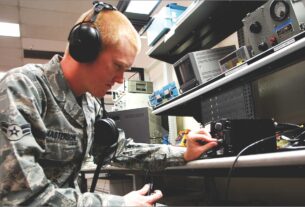 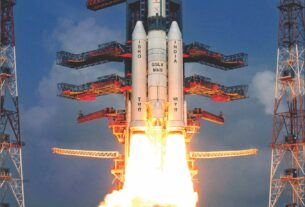 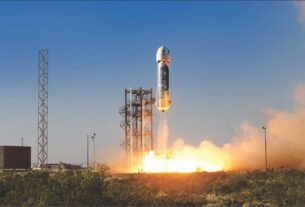