With the insertion into orbit of twenty satellites ranging in size from the large to the nano dimension with one launch vehicle by ISRO recently, there is no use pretending that use India instead of we will not use the capability for military purposes to enhance the desired goal of network centric warfare (NCW). The Indian Space Research Organisation deserves congratulations for putting the nation among those that can, with credibility, use space for both peaceful purposes as well as national defence  and security given that China has demonstrated disruptive capabilities like shooting down satellites with ground based anti-satellite missiles.

The demonstration of the capability to launch as many as 20 satellites (more can be added if the weight distribution is equalised) has happened at a time when India is confronted by a China-Pak coalition using fifth generation warfare tactics against India all along the Himalayan massif from Arunachal Pradesh in the east to Jammu and Kashmir in the west.

The relevance of secure communications in this sector was brought home when it was discovered that telecommunications was hampered by a phenomenon known as attenuation of signal in terrain marked by steep mountains and deep valleys during the Kargil conflict.

The ability to launch multiple satellites into space was demonstrated eight years ago when ISRO put ten into orbit on one launcher. A mix of communications satellites, remote sensing devices and global positioning systems (GPS) can give a very clear picture of military deployment in inaccessible mountain terrain as is typified by the Himalayan ranges.

A combination of telecommunication/remote sensing/global positioning satellites put into low earth orbit (LEO) at times of national security crises like the Kargil invasion by Pakistan and the Depsang/Chumar intrusions by the Chinese can help give the Indian political and military leaders a very clear picture of the ground situation and obviate the need to grope for Intelligence weeks after the intrusions have taken place.

The advantages that the ISRO capability gives to the Government of India is the ability to position a constellation of satellites in low earth orbit so as to be able to have at hand a 24X7 imagery and communications network that will help shape an advantageous battlefield in the rugged mountain terrain. It helps array the satellites in orbit in such a manner that a 24 hour intelligence gathering, surveillance and reconnaissance network is put in place. This enables military commanders to be aware of every significant development in the territory within their respective commands, formations and units. The ‘eyes in the skies’ give a quantum boost to awareness which terrestrial networks are unable to do. It gives Network Centric Warfare a new dimension.

Because of their short shelf-life caused by small body weight and being within the sphere of gravity these small satellites tend to be sucked back into the atmosphere where they burn out on re-entry. Their advantages lie in the fact that  in an emergency when the larger satellites in geostationary orbit deep in outer space become dysfunctional because of external interference or anti-satellite attack of the kind the Chinese demonstrated some years ago the quick launch of LEO satellites can contain the disruption and maintain a large degree of continuity and network centricity. The availability of launch vehicle and held-in-reserve satellites for communications, intelligence gathering, surveillance and reconnaissance can supplement and act as stand-by facilities in the event of a crisis.

Nano technology has made it possible to loft into space small but powerful satellites capable of carrying remote sensing gadgets and communications equipment the military uses of which are obvious. It is generally understood that these do not constitute a “militarization of space” because they are inert transmitters not active weapon platforms like drones though there are signs and signals that indicate some movement in that direction.

Given that anti-satellite missiles are available in the Chinese arsenal it would be in the fitness of things that ISRO conducts research and development on maneuverable satellites that can avoid an anti-satellite missile and return automatically to their pre-ordained orbit. On-board fuel facility would be a major requirement.

Even in the midst of these high-tech gadgets there still appears to a requirement for a system that is not amenable to interference. After the Kargil episode STRATEGIC AFFAIRS had analyzed the phenomenon of attenuation of communication signals in the mountains. India had at the time finalized a system based on the troposcatter technology whereby communication was conducted by bouncing the electromagnetic signals off the troposphere. There is no way by which that means of communications can be either intercepted, monitored or jammed.

To avoid being jammed the text message can be compressed and transmitted at high speed so that before it can be monitored the message would have reached the receiver. As a standby arrangement in the mountains the troposcatter equipment retains some relevance in the battlefield. Nevertheless the troposcatter is not able to replicate the advantages of the eagle-eyed view that satellites provide to the ground environment.

Even as each wing of the Indian Armed Forces is making individual effort to extend the terrestrial coverage to improve network centricity there is a demand from each of the three Services for more satellite connectivity. The Navy has since received a dedicated maritime satellite and the Army and Indian Air Force get to share the GSAT transponders. Both have made out a case for exclusive satellites of their own. The Indian Army has an operational Tactical Communications System and a Battlefield Management System both of which are largely terrestrial and there is need for a satellite overview that is all encompassing in a battlefield scenario.

The Indian Air Force already has an airborne platform in the AWACS aircraft in its fleet but for theatre-wide synergy in the context of the Aerospace Command it sees itself as the master of the air element. The G-SAT has a footprint that extends up to 1500 km beyond Indian borders thereby giving the Armed Forces a pretty good coverage of the tactical deployment of some of our inimical neighbours. It covers a significant chunk of Pakistan and has most of its air defence batteries  and missile launch sites within its ambit. A 1500-km line of sight into the Tibetan plateau gives it a clear picture of the infrastructure and the deployment of the People’s Liberation Army.

India will soon have the constellation of seven satellites in its Indian Regional Navigation Satellite System in place and fully operational as a means of pinpoint location and accurate navigation. A Global Positioning System of one’s own is an asset the worth of which will only be known by the cumulative effect on national security. These are tools of inter-Service synergy and it remains to be seen how the users utilize it.

In the final analysis all that has hitherto been achieved in the field of satellite communication and remote sensing is largely due to the acknowledged repeatability of the Indian workhorse satellite launcher, the Polar Satellite Launch Vehicle (PSLV).  Even while the timelines for the introduction of the Global Satellite Launch Vehicle (GSLV) kept being extended the PSLV was available for launch of not only Indian payloads but also foreign satellites as well. As a composite whole Indian space activity has come of age. 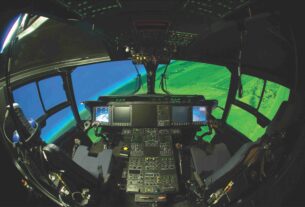 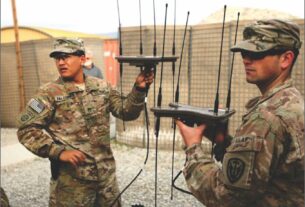 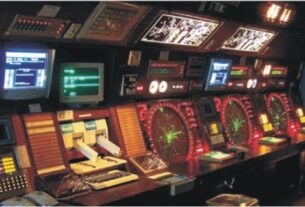