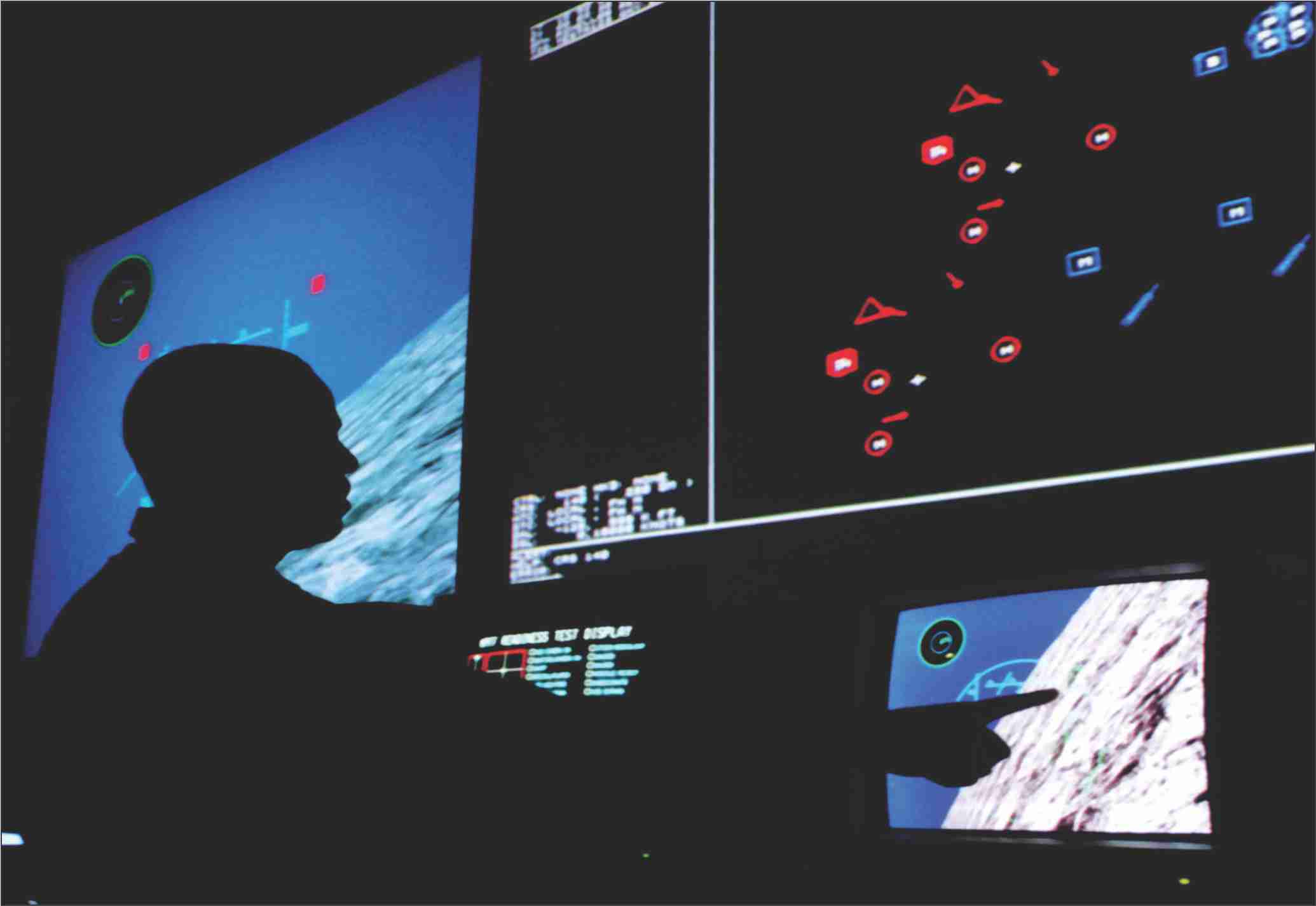 Intelligence, Surveillance and Reconnaissance (ISR) are central to the conduct of warfare both in attack and defence.

India has over the past two decade bought all kinds of sensors (airborne and land based) to try and improve its ISR capabilities but events have shown that the country is singularly lacking in intelligence and capabilities of surveillance and reconnaissance at moments critical to the national territorial integrity or even humanitarian uses like search and rescue.

For a moment one can keep intelligence (the absence of which has caused grave harm to the nation be it in Kargil, or Mumbai or the attack on Parliament and the latest Pathankot attack) aside.

In surveillance and reconnaissance India has been shown up to be absolutely incompetent given the cases of the Arunachal Chief Minister’s helicopter disappearance; the Karnataka Chief Minister’s air accident; the Coast Guard Fokker Friendship aircraft disappearance over the Bay of Bengal and now the repeat in the form of the disappearance of the Indian Air Force’s AN-32 aircraft.

Many have taken days and weeks to unravel. India has an operational maritime satellite with military capabilities.

India has bought eight of the “top-of-the-line” maritime reconnaissance aircraft, the P-8I which is fitted with a magnetic anomaly detector to search out hidden submarines and underwater metallic bodies.

And the country has just placed orders for four more bringing the total to a dozen. It still took India the better part of a week to detect the ‘pings’ from an underwater source. The agencies are still not sure that it is from the wreckage of the AN-32.

The state of the sea (rough) and the thick cloud cover have been quoted as hindering the search effort. Much of the equipment on board the search aircraft is supposed to be fully functional in bad weather conditions and night and day.

Nine days after its disappearance from the Chennai radar the agencies are still having no clue and have now sought US satellite help to try and detect debris or remains of the stricken aircraft.

Also, if there is a so-called ‘strategic partnership’ with the US why was not US assistance sought within the first few hours of the disappearance of the AN-32?

STRATEGIC AFFAIRS has made the point that the American deep submergence rescue vessel (DSRV) should be stationed permanently at the Anglo-American naval base at Diego Garcia about 1,500 km off the southern tip of peninsular India.

Given that the depth of the Bay of Bengal is between 500 to 1000 meters and more, India needs a DSRV type of platform which is capable of search and rescue.

It had to use a Reliance vessel to recover the remains of the Coast Guard Fokker Friendship aircraft when it went off the radar in around the same area some months ago.

On the ground there have been the Chinese intrusions in Chumar and Depsang and most recently in the Barahoti segment in Uttarakhand.

India had placed a long range reconnaissance and observation systems (LORROS) cameras smashed by the Chinese and return in pieces to Indian troops.

It does not take a military genius to know that a stand-alone device (not cheap mind you) is bound to become the object of attention of the Chinese.

And so it was. So abject was our dependence on the Pakistanis for progress in the investigation of the Pathankot attack that India had opened the frontline base to scrutiny by the hated Pakistan Army Inter-Services Intelligence.

Returning to the issue of Intelligence gathering, time and again India has been caught napping by infiltrators; the worst case being the beheading of Indian soldiers by Pakistani infiltrators.

By now there is a body of evidence that shows that the infiltrators are trained by the Pakistan Army Inter-Services Intelligence on occasion they are led by Pakistani soldiers at least until the moment the infiltration is successful.

It is, indeed, a strange situation that the Ministry of Defence is able to quote exact figures of how many infiltrators have entered India since the beginning of the year.

The nation needs to know why did the security forces allow them to enter through the barbed wire fence that was erected specifically to prevent such intrusions?

What has happened to the promise of stopping the infiltrators at the LoC itself. All the security forces are acutely aware that tracking down and eliminating the terrorists who have managed to enter the hinterland is very much more difficult than making a well-planned patrol system to ensure that infiltration does not take place.

The Burhan Wani case emphasizes the political effect of homegrown terrorists providing safe havens and logistics for Pakistan trained terrorists who manage so easily to cross the LoC at a point of their choosing.

It is a well-known fact that India is the largest purchaser of Unmanned Aerial Vehicles in the world.

Logically this should mean that India is the most secure nation in the world. In spite of having spent so much money on these gadgets India still remains the most vulnerable to terrorist attacks from Pakistan and Bangladesh and territorial transgression by China along the Line of Actual Control in the northern Himalayas.

Between 1985-2014, India bought (mainly from Israel) 176 UAVs intended for intelligence gathering, surveillance and reconnaissance but these have not improved the nation’s capabilities in any of these fields of endeavour.

In Jammu and Kashmir along the Line of Control vulnerable passages used by drug smugglers and terrorists alike have a mix of riverine terrain and thick tree cover.

How a UAV can operate effectively where trees block the way is something those who have sanctioned such purchases ought to explain.

On the other hand the expensive LORROS camera that the Chinese destroyed could have been protected by an airborne platform that could supplement the imagery acquired by the ground based camera and also provided early warning that the Chinese were intent on destroying the camera.

This brings to the very gist of Intelligence gathering. The best intelligence is gathered by the man on the spot. Overdependence on gadgetry can be counter-productive.

If there is proper patrolling along the Line of Control the chances of stopping the infiltrators at the wire fence itself.

Presence and what is appropriately described as ‘boots on the ground’ is the best way on ensuring good Intelligence and large modicum of surveillance and reconnaissance capabilities which can be supplemented and complemented by either groundbased sensors or airborne platforms including satellites.

One example of how presence on the ground can build a body of extremely useful strategic information was the long-range patrol conducted by Col (Retd) Narendra Kumar in the mid-70s deep into the Himalayas.

It was he would made the first trip from the mouth of the Siachen glacier to its source (snout to tail) all the while noting down high ground that could serve a military purpose if required.

It was his information on the best high ground that could dominate the entrance to the glacier that became the foundation of the insertion of Indian troops just a few days ahead of the Pakistanis during Operation Meghdoot in April 1984 along the crest of the Saltoro range.

It effectively stopped Pakistan and China from grabbing more territory in Jammu and Kashmir. 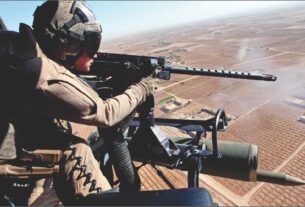 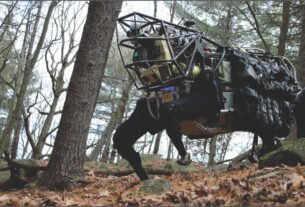