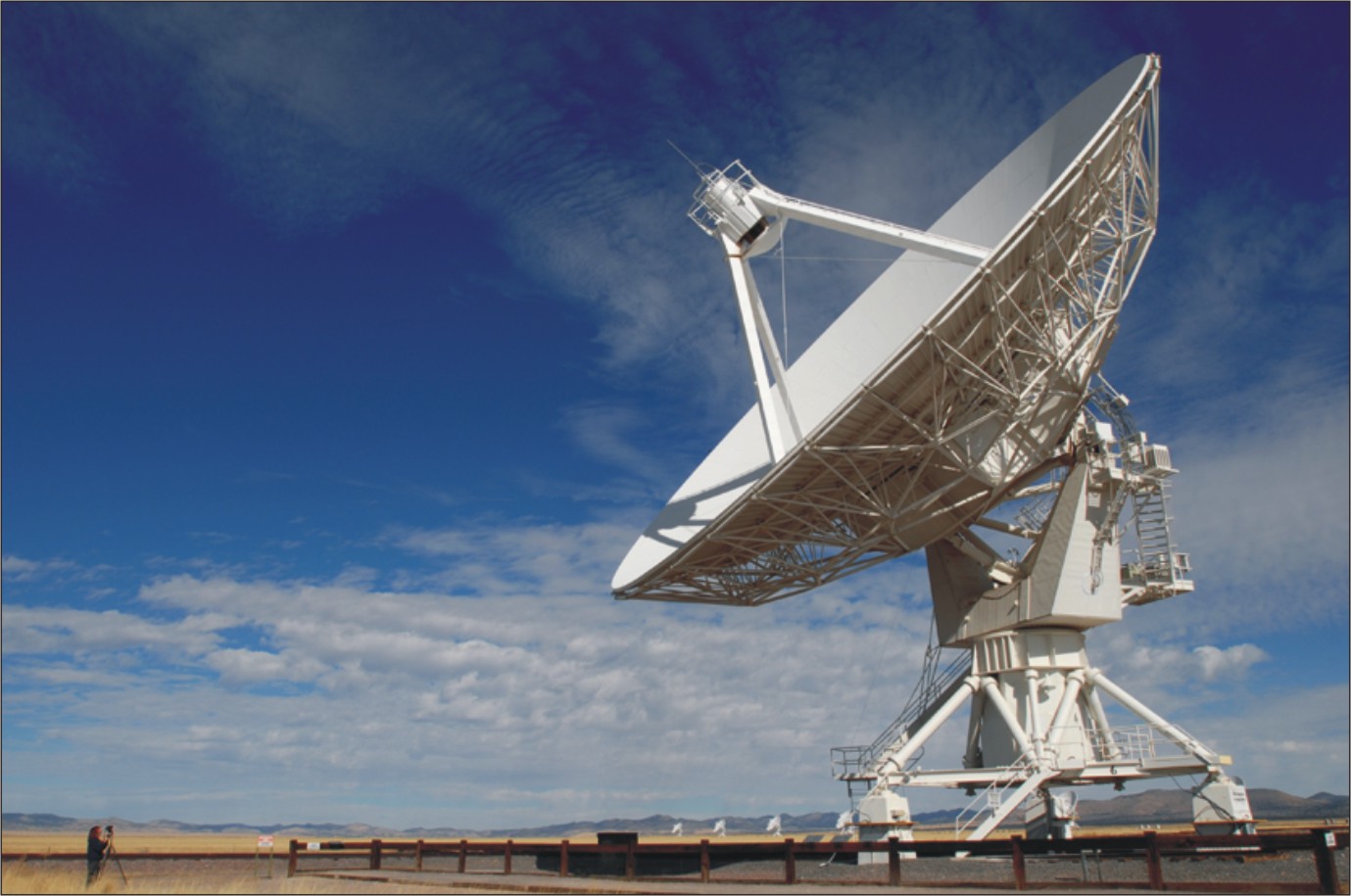 Security agencies and defence forces in various parts of the world including India are increasingly falling back on satellite systems for a variety of end uses centring round communications, imaging, surveillance and reconnaissance, electronic and signal intelligence, navigation and ocean watch.

But one of the pitfalls associated with the use of satellite systems is their vulnerability to jamming by hostile forces. Of course efforts are on to develop secure and reliable jam resistant satellite communications systems with a variety of innovations.

One of the strategies adopted by MILSATCOM to ensure secure communications is the use of higher frequencies which are difficult to jam.

Similarly, the Milstar satellite communications programme managed by the space command of US Air Force has been described as the tactical and strategic multi service space platforms designed to provide survivable communications for US defence forces spread across the world.

And over the last one decade US has developed equipment and techniques for locating the source of jamming with a considerable degree of accuracy.

In the context of growing concern in US over China’s satellite communications jamming capability, especially in the aftermath of the Chinese anti satellite test carried out in early 2007, there has been a growing thrust on  research and development aimed at putting in place  techniques and systems to ensure safe and reliable satellite based communications.

For instance, the EMS Technologies, a subsidiary of Honeywell International, is offering a variety of counter jamming systems to the global satellite communications industry.

“We are now offering commercial customers options to safeguard their investments in satellites that offer consumers and business services in parts of the world that may be vulnerable to jamming,” said sources in the business development division of EMS Technologies’ defence and space division.

It has been estimated that around 25 per cent of the commercial satellite market will be interested in anti jamming techniques.

According to a satellite communication analyst with Northern Sky Research “as the world becomes increasingly dependent on satellite technologies companies like EMS will win market share with solution that defend the next generation of satellite infrastructure”.

Clearly, the refinement of frequency diversity spread spectrum system which allows the receiver to distinguish unjammed signal replicas from their jammed version has found extensive application in anti jamming strategy.

Incidentally, in this technique, signal is transmitted in a bandwidth considerably larger than the frequency content of the original information.

Spectrum analysis can be used as a ECCM (Electronic counter counter measure) strategy to identify frequencies not being jammed or not in use.

Because normally satellites relay signals from an altitude of around 20,000 km, the signals transmitted by them lose their strength in the course of their downward journey, thus making them vulnerable to interference.

In 2011, America’s National Space Based PNT (Position, Navigation and Time) Advisory Board had noted that deliberate disruption of GPS signals were becoming more common and that the systems in place to find and stop jamming were far from adequate and sufficient.

Meanwhile, UK has put in place an ambitious plan to deploy a robust back up ship navigation system in the English channel, considered one of the busiest shipping lanes in the world, with a view to counteract the growing risk of jamming of satellite communications devices on-board the ships.

For many years now, ships and vessels of various description including warships have been   increasingly relying on global navigation systems that exploit satellite signals to spot out a location and maintain exact time.

In the context of growing threat of jamming to the satellite communications systems used by mariners, the General Lighthouse Authority (GLA) of the UK and Ireland has launched a radio based back up system called eLoran which ships will need to install.

There is no denying the fact that when the on-board GPS system ceases to be in an operational trim, a ship risks running aground or colliding with other vessels in the high seas of the world.

“When a ship loses GPS, multiple systems go down altogether and there is nothing which tells the captain this is due to jamming. The danger of grounding or collision is then ever present,” said David Last, Strategic Advisor to GLA.

In recent years, there have been instances galore of GPS Systems onboard ships and vessels moving across the global oceanic waters being subjected to jamming by criminals, pirates and terrorists.

South Korea claims that it has experienced jamming of its ships and aircraft by North Korea described as a “rogue state”. Sources in the South Korean Government in Seoul point out that in the course of last year, as many as 1016 aircraft and 254 ships of its country experienced GPS disruption during 16 days of jamming organized and carried out in a meticulous manner by North Korea.

Meanwhile, South Korea too is planning to use eLoran system that UK has developed. According to Jiwon So of South Korea’s Yonsel University Seoul expects an initial prototype of eLoran  by 2016.

Giving details, So stated that “Once the Korean eLoran system is operational, any neighbouring countries receiving enough signal strength can use the signals for navigation. If Russia, China and Japan also deploy eLoran in the future, eLoran service coverage area can be expanded to the entire North Eastern Asia.”

As sources in Seoul claim, there have been major incidents in which North Korea has jammed GPS in South Korea. The ultimate fallout of the North Korean “jamming war on South Korea” is that they not only lost just ship navigation but it also affected all of their mobile phone network and their military systems.

“We do know that terrorists have been arrested in the US with GPS jamming equipment,” said David Last. Apparently, commercial vessels and warships on the world’s busiest waterways are facing a rapidly growing threat to their satellite navigation system, including jamming attacks prompting Britain and South Korea to deploy back up devices to obviate the possibility of  potential disasters at sea.

In recent years, satellite phone has also been extensively subjected to jamming. On its part, Indian defence forces are making efforts to disable the satphones used by terrorists in the border areas by jamming the signals.

Last year, India’s Home Ministry had warned the security agencies in the country about the use of satphones of service providers like Thuraya, Iridium and Inmarsat by terrorist groups.

In the years ahead, when India plans to launch its own signal intelligence satellite, the task of jamming signals of satphones and other satellite based communications devices used by groups and countries hostile to India can be monitored in advance to jam the signals and disable them instantly.

In fact, the Pakistani trained terrorists who mounted attack on Mumbai had made extensive use of staphones to give a practical shape to their evil design. The failure of the Indian security agencies to intercept the communications and jam them reflects poorly on India’s counter terrorism strategy.

It has been revealed that calls were made to Karachi by satphone carrying terrorists just before and after the Mumbai attack. Thuraya-to-Thuraya satphones were used by these terrorists to ensure that there was no record of conversation between them and their masters and mentors in Pakistan.

It is high time that Indian security agencies made extensive and widespread use of mobile phone jammers to disable such communications.

Of course, sources in the Department of Telecommunication state that they are exploring ways and means to monitor and jam satphone communications wherever and whenever required, in national interest.

Bangalore based firm an IT Fission Services and Solutions is a leading manufacturer of mobile signal jammer which is a wireless device capable of jamming signals for a particular geographical location. Of course, there are a number of satellite signal jammer manufacturers in India offering a wide range of products suited to the specific needs of the users.

With a view to deter signal jamming, satellites with a vastly enhanced signal power are being developed. Similarly satellite systems featuring other types of innovations are also being envisaged to tackle the threat of signal jamming.

According to sources in Astirum, satellites in Skynet 5 series feature an on-board active antenna device which can shape beams around the source of interference, providing a unique anti jamming capability. 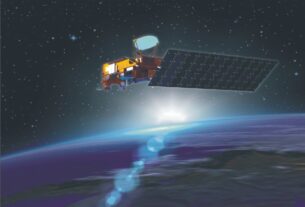