The concept of “small is beautiful” popularized by the British economist E F Schumacher seems to be influencing the satellite development sector in a big way.

With the idea of small, mini, micro and nano satellites catching on, even resources poor developing countries with a not so well evolved  technological and industrial base are now in a position to exploit the fruits of space technology for developmental and research purposes.

For the development and in orbit delivery of heavy class satellites for a variety of end uses such as communications and earth observation, necessarily entails complicated technologies and a huge investment.

And then there is the risk of either a launch vehicle going haywire during its flight resulting in the loss of its multi million payload or the satellite itself failing to perform after being positioned into its pre-determined orbital slot.

Significantly, the futuristic projection is that some of the satellites with a launch weight of 3-kg would be in a position to offer cost effective communications channels in any part of the globe.

Risks associated with such satellite missions are minimal since they cost a fraction of what a larger satellite costs. The enormous cost of delivering a satellite payload into orbit at the head of a powerful launch vehicle encasing many complex systems has been a major driver for the growth of small satellite industry.

Clearly, one way of decreasing the cost of a satellite mission is reducing the launch cost.   The launch cost of light weight and highly affordable small satellite is substantially lower than the cost of delivering larger and heavier satellites into orbit.

Apart from the cost factor, small satellites provide an exciting opportunity for realizing some of the objectives that costly and larger spacecraft systems are not in a position to accomplish.

These include constellation of a low data radio communications, using formations to collect data from multiple points over a wide geographical swath and in orbit inspection of large spacecraft systems.

“All space faring nations are considering small satellites as low cost options for specific purposes. More than 1000 small satellites weighing less than 100 kg have been launched over the past three decades to observe the earth and the environment and study the moon and other planets,” observes T K Alex, Director of the Bangalore based ISRO (Indian Space Research Organisation) Satellite Centre, which has a long and solid experience in designing and developing small satellites for a variety of end uses.

The thesis of Alex is that in addition to their potentials for a wide range of civilian uses, small satellites can also be harnessed for defence and security related applications.

Not surprisingly then, India’s state owned Defence Research and Development Organisation (DRDO) is looking at small satellites as a means to ensure the “safety and security” of Indian space assets.

According to Avinash Chander, Director of the Hyderabad based Advanced Systems Laboratory (ASL), the DRDO laboratory is focussing on the development of various Indian missile systems, to ensure the safety of Indian satellites being launched and operated by ISRO, a constellation of small satellites-in the weight range of 30-60 kg with warheads that can be activated by ground commands in case of an attack by a rogue satellite.

“Currently, Indian satellites are not protected. The only way to counter an enemy attack on our satellites is shooting down his satellite,” observed Chander.

As it is, ever since the early 2007 successful anti satellite test by China, Indian defence establishment has been highlighting the need for India to prepare for “futuristic space war” as a means to protect its rapidly expanding space assets.

In fact, during the height of anti- satellite tests by US and former Soviet Union in 1970s and early 1980s, US had toyed with the idea of deploying small satellites equipped to destroy enemy satellites with the head on force of collision.

The US had also looked at the possibility of deploying a constellation of small satellites carrying laser beam weapons meant to incapacitate rogue satellites threatening its space assets.

The Rohini series of satellites launched by means of both SLV-3 and Augmented Satellite Launch Vehicle (ASLV) proved their mettles in the areas of scientific research and earth observation.

“Micro and nano satellites will make space exploration cheaper. They could be used for several purposes including communications and scientific research,” points out Alex.

Alex is of the view that the Indian industry, which is already supplying components and subsystems for the Indian satellites, could take up the challenge of developing small satellites which are being increasingly favoured by the educational and academic institutions in the country.

According to Alex, space scientists are now exploring the possibility of launching s a swarm of satellites that could move around the earth in a variety of orbital planes. The idea is that these swarm of low cost satellites can provide multi point observation for remote sensing and astrophysical studies, large area instrumented network of virtual instruments in space besides serving as a communications platform.

There is no denying the fact that in view of the low cost, one can afford to take risk with small satellites missions. Use of small, multiple satellites help avoid a single point failure in a constellation of satellites. 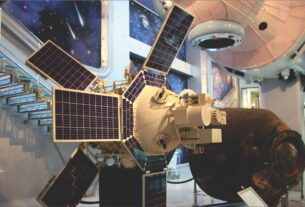 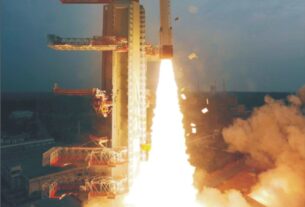