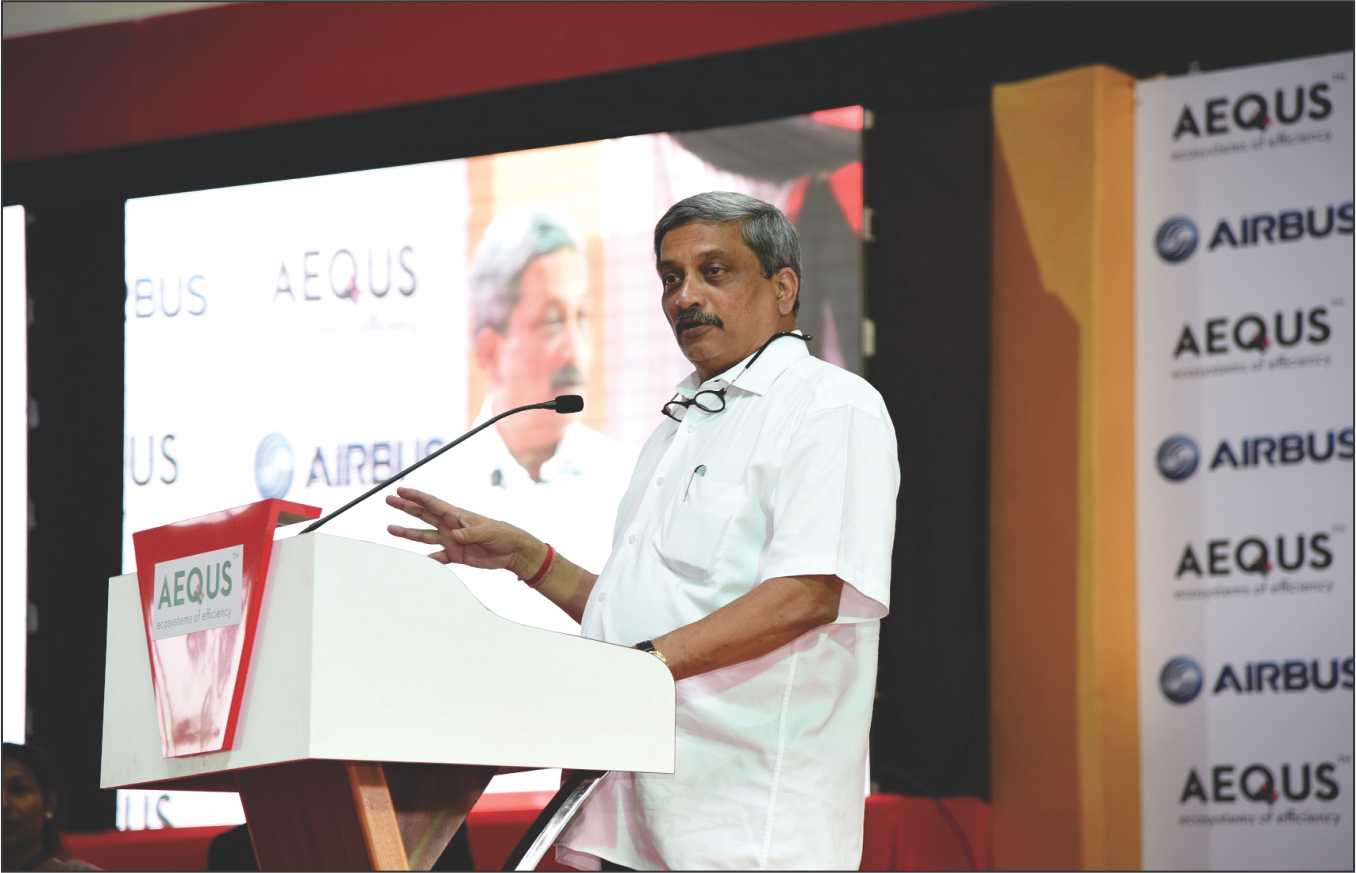 For long, the growth and expansion of Indian aerospace sector had remained severely handicapped by the virtual monopoly that the state owned Indian aeronautical major, Hindustan Aeronautical Limited (HAL), exercised over the aerospace sector  of the country with the private sector entities playing a peripheral role in the entire exercise as  small time suppliers of components and services.

The six decades long sluggishness and lost opportunities in this nationally important sector meant that India had to depend, to a large extent, on imports to meet most of its aerospace products requirements at an enormous cost to the public exchequer. HAL, which for many decades thrived on captive defence orders that too in an environment bereft of competition lost all the initiative and drive to  turn India into a leading global aerospace powerhouse.

Moreover, its obsession with the licensed production resulted in a thorough erosion of its talent for design and original planning which hold the key to indigenous production. However, the opening up of India’s defence and aerospace sector for private sector participation in 2001 brought about a slow and steady change in the dynamics of the aerospace sector. And with the Narendra Modi led government initiating a slew of pro active measures to encourage the Indian  private sector companies  take up the challenge of producing the entire aerospace systems within the country in collaboration with overseas partners, a sunny future awaits the Indian aerospace sector.

In fact, the growing prowess of the Indian private sector enterprises in the area of aerospace manufacturing was amply demonstrated by the opening of what has been described as the largest ever aerospace machining facility in the country, by the Defence Minister Manohar Parrikar in September this year. This facility housed at Aequs Aerospace SEZ (Special Economic Zone), which is spread over an area of 250- acres at the sleepy village of Hattargi on the outskirts of Belagavi in Karnataka, stands out as a vibrant  testimony to the dynamic initiative of Indian private sector for expanding the frontiers of the Indian aerospace industry. This state of the art facility covering a  floor space of 1,00,000 sq ft is custom built  exclusively to meet the specific  needs of the European aircraft major, Airbus  Industries. Made up of as any as 150 advanced CNC (Computerized Numerical Control) machines, this purpose built facility will attract an  investment of US$50-million over a period of next five years to build machined components and subassemblies for Airbus Industries.

What is more, this facility has the potential to generate a revenue to the tune of US$75-million annually and also provide employment to over 1,000 skilled professionals. Clearly and apparently, this sophisticated aerospace machining facility will augment the integrated aerospace manufacturing capability built up over the years by Aequs Aerospace SEZ that already houses several inter-related capabilities that are either unavailable in India or difficult to come by in one location.

As rightly pointed out by Dr Srinivasan Dwarakanath, Airbus India Managing Director, “This SEZ is one of its kind in India and definitely one of its kind in the world”. He also revealed that over the next five years, Airbus’s cumulative sourcing volume from India would be US$2- billion which is roughly an average of US$400-million per year.

Appreciating the vision and action plan of Aequs SEZ in giving a fresh push and new thrust to the Indian aerospace sector, Parrikar observed, “I am delighted to see the Indian companies creating value in the global aerospace industry and supporting the Make in India initiative. The biggest chunk of Make in India can come from defence. There is a possibility of making $8-10-billion worth defence products in India over the next five years if some of the deals in the pipeline go through. With the revised offset policy, both the Indian and foreign investors, will benefit from technology transfer opportunities as well as the ability to form joint ventures in support of the Indian defence procurement projects”. It is not for nothing that Parrikar expressed the view that with the kind of facilities that the Indian private sector enterprise is capable of putting in place, India can definitely realize its long standing objective of self- reliance in defence and aerospace sectors.

With Aequs Aerospace planning to expand its geographical reach and scale up its facilities and operations, Airbus Industries is quite optimistic about Aequs SEZ serving asone of the leading outsourcing hubs for this European aircraft major. Incidentally, Aequs SEZ, which has already made a mark of being the first Indian private aerospace enterprise to position itself as a Tier-1 supplier to Airbus Industries, has supplied components and subsystems  for many of the Airbus aircraft programmes. And according to Olivier Cauquil, Senior Vice President (Materials and Parts Procurement) Airbus Industries “We are proud to claim that today every Airbus aircraft is partly made in India and we fully support the Make in India campaign. This state of the art aerospace manufacturing facility dedicated to Airbus represents a significant milestone in our journey with Aequs and in growing our Indian industrial co-operation footprint for the long term.Aequs has been a strategic partner for us in India and we applaud their ability to bring this manufacturing capability to the country”.

About this facility, Aravind Melligeri, Chairman and CEO of Aequs says, “This aerospace machining facility underscores our commitment to the global aerospace industry  and Airbus Group. Airbus has been a key customer for Aequs and I am confident that this new facility will further benefit Airbus’s global aerospace supply chain”.

The aero structures manufacturing facility at Aequs SEZ is equipped with state of the art machines and follows robust quality processes and standard procedures adopted by major global aerospace companies. Significantly, Aequs is laying increasing thrust on aero-structures and aero systems with a capacity of over 350,000 hours/year.

Aequs is also  looking at partnering with HAL and the Defence Research and Development Organisation (DRDO) for defence and aerospace projects.

Thanks to the pro-active and industry friendly measures adopted by the Narendra Modi led government, a number of Indian entities in private sector are busy preparing the ground to make it big in aerospace sector. Reliance Industries, Mahindra Group, Bharat Forge, Tata Sons, Godrej, Punj Lloyd and Larsen and Toubro (L&T) are all moving forward with their aerospace projects that have potentials to take the Indian aerospace sector to the next level of development. In this context, a study by the industry group ASSOCHAM (Associated Chamber of Commerce) and consultancy firm Price Waterhouse Cooper says “A number of industrial houses have nascent but growing defence capabilities. These companies need to invest now in order to build capabilities that stretch their technical, operational research as well as  partnering capabilities so that they are considered world class producers as the industry matures”.

The recent decision of the Indian Government to build domestic expertise in critical areas of defence and aerospace through strategic partnership with the private sector augurs well for the growth of the aerospace sector. To this end, Government has appointed  a committee to formulate a roadmap for forging such partnerships. Aircraft, missiles and UAVs are among the six critical areas identified for partnership.

Defence Minister Manohar Parrikar has said that defence including aerospace is one of the sectors being focussed in “Make in India” and it is being ensured that Indian industry  gets adequate and fair protection to allow manufacturers to design and produce defence equipment indigenously.

The Tamil Nadu Industrial Development Corporation (TIDCO) is planning an integrated  aerospace park project at the auto hub of Sriperumbdur. This park with an investment of Rs 3000-million would focus on design, engineering, manufacturing servicing and maintenance of aircraft. As many as thirty aerospace firms will set up their facilities in the park. Vinman Aerospace is one of the firms which is planning to invest in facilities geared to produce aerospace components and UAVs.

“Hyderabad’s strategic advantages are its emerging industrial base, infrastructure and availability of skilled manpower. All these are critical to the development of a competitive aerospace and defence base and we took into consideration while signing a framework agreement with Tata Advanced Systems Limited (TASL) to collaborate in aerospace and defence including UAVs’ says Boeing India President Pratyush Kumar. The TASL deal is seen as a major step forward to boost Make in India initiative through the improved industrial and technological capability.

Anil Ambani led Reliance Group which is planning a big foray into the aerospace and defence sectors of the country will invest Rs 65000-million on an aerospace park to be set up Mihan SEZ in Nagpur. The initial focus of the Dhirubhai Ambani Aerospace Park (DAP) will  be on aero-structures. This aerospace park is considered to be the  biggest green field  project not only in India but also in South East Asia. Reliance Group is planning to set up assembly lines and manufacturing facilities for fixed wing aircraft and aero structures for commercial transport military aircraft and helicopters. The park will also house ancillary component making facilities to support the after sales requirements. Reliance Group expects the global equipment manufacturers in defence and aerospace will set up shops at DAAP.

At the end of the day that the synergy potential inherent in parks, clusters and special economic zones is expected to give a required upward thrust to the Indian aerospace sector for the growth of which not even the sky seems to be the limit. 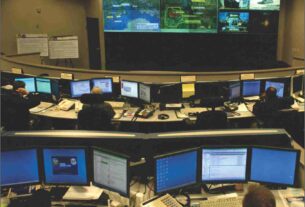 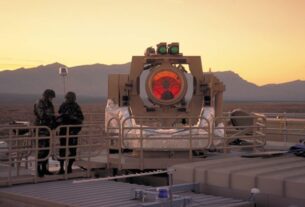 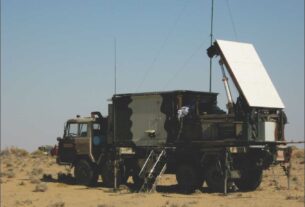