In what has been described as a major step towards acquiring an independent satellite based navigation capability, India’s first dedicated GPS (Global Positioning System) satellite IRNSS-1A was successfully placed into orbit by means of the four stages, Indian space work-horse, Polar Satellite Launch Vehicle (PSLV) in July 1.

It took around 20 minutes for the Indian space workhorse, PSLV, which had a smooth lift off from Satish Dhawan Space Centre (SDSC), the Indian spaceport on the Sriharikota island on India’s eastern coast, to inject the satellite into a sub geosynchronous transfer orbit with a 284-km perigee (nearest point to the earth) and 20,650 km perigee (farthest point from earth).

According to K Radhakrishnan, Chairman, Indian Space Research Organisation (ISRO), which built the satellite, with the launch of IRNSS-1A, India has entered a new era of space technology and services. He also described PSLV as an extremely reliable launch vehicle.

PSLV, which is currently the only Indian operational launch vehicle, has been described as a reliable and versatile space booster capable of delivering satellites into a variety of orbits.

With its variant configurations, PSLV has proved its multi payload, multi mission capability in a single launch and its geosynchronous launch capability.

The home grown microwave imaging satellite RISAT-1 weighing 1858-kg was the heaviest ever payload launched to date by PSLV. It was deployed into orbit by means of the uprated PSLV-XL configuration.

The same PSLV configuration was used for placing the 1410-kg GSAT-12 Indian communications into a geostationary transfer orbit.

PSLV- XL uses six extended  solid fuel propelled strap on  boosters wherein each strap on carries 12-tonne of solid propellant – instead of  eight tonne used in the strap on of the standard version of the vehicle – with a maximum thrust of 720-kN and burnout time of 49s.

In its standard configuration, PSLV equipped with alternate liquid and solid fuel stages, stands 44.4-metres tall with a lift off weight of 295 tonne.

The1425-kg IRNSS-1A satellite, designed for a lifespan of ten years, which would form a part of the seven spacecraft IRNSS constellation, will carry two payloads.

IRNSS will be an independent regional satellite navigation system on the lines of American GPS, Russian Glonass, European Galileo and Chinese Beidou.

Indeed, the difficulties India experienced in accessing the restricted services of GPS especially for military applications like firing of the missiles underlines the strategic importance of owning and operating an independent satellite navigation system.

Of course, under an agreement India has signed with Russia, Indian defence forces will be allowed to make use of the potentials of the Glonass navigation satellite system for purposes such as firing a missile with a high degree of accuracy.

According to a study by Frost and Sullivan, ensuring inter-operability among the global navigation satellite constellations and integrating their services was going to be a major factor in fully realizing their potentials.

Experience reveals that inter-operability among the global navigation constellations makes for greater reliability and enhanced accuracy.

Indeed, under situations where signals from one set of constellation would be difficult to access on account of the technical reasons and geographical factors, a receiver capable of accessing multiple systems can function flawlessly.

Some of the important components of IRNSS-1A are two solar panels with ultra triple junction solar cells that can generate about 1,660- watts of electrical power, sun and star sensors and gyroscopes to provide orientation.

The IRNSS-1A also carries corner cube radio reflector for laser ranging. Clearly, IRNSS system  has been designed to provide highly accurate position, velocity and time information services in real time and under all weather conditions round the clock.

The full fledged IRNSS constellation with seven satellites in orbit is targeted to be realized by 2015.

According to sources in ISRO, the IRNSS is designed to provide accurate position information services to users in India as well as the region extending upto 1500-km from its boundary which is its primary service area.

All the seven satellites in IRNSS constellation will have continuous radio visibility with the Indian control station and will transmit ranging signals using codes and data in S and L5 bands.

The satellites in IRNSS constellation will provide two types of services, namely SPS (Standard Positioning Service) to all the users and Restricted Service (RS), which is an encrypted service provided only to the authorized users.

Satellite navigation has today become an indispensable tool for the efficient movement of a range of vehicles including ships on the high seas, aircraft and surface transport vehicles.

ISRO has hinted that depending upon the developments in future, the seven satellite configuration of IRNSS will be augmented with more spacecraft that would ultimately help expand the service area of the IRNSS constellation.

Of the seven satellites constituting the IRNSS space segment, three will be positioned in geostationary orbit while the four will be in inclined geosynchronous orbit. ISRO Navigation Centre (INC) in Byalalu village on the outskirts of Bangalore will be the mainstay of IRNSS ground segment.

A GPS satellite like IRNSS-1A transmits signals from space which are picked up and received by the ground based GPS receivers. Each GPS receiver then provides three dimensional locations-latitude, longitude and altitude – along with the time.

For the defence forces in the thick of the battle field operations, a GPS system enables locating objects in the dark and paves way for the co-ordination of troop movement even in hitherto unfamiliar territory in addition to facilitating reconnaissance as well as search and rescue operations.

Incidentally, the American GPS was the first space based navigation system to provide operational services on a continuous basis under all weather conditions from any part of the earth where there is unobstructed line of sight of four satellites or more of the GPS system.

But then the defence capabilities of the American GPS system are made available to the users on a very limited and restricted basis.

The stunning effectiveness of the American GPS was demonstrated during the “Desert Storm” operations of 1990-91 that was aimed at freeing Kuwait from the control of the invading forces from the neighbouring Kuwait.

Here the potentials of the American GPS was mainly pressed into service to guide bombers to targets, allow infantry and armoured units to locate their bases in frightening, featureless expanse of the desert and position artillery in a war zone ideally suited to fire at enemy lines apart from precisely navigating missiles to chosen targets.

The US-led allied forces during their operations in both Afghanistan and Iraq relied heavily on satellite based navigation with hand-held portable GPS devices to realize their strategic goals at a rapid pace.

However, geographical challenges posed by the towering mountain ranges in both these countries, now passing through turbulent times, have come in the way of full and uninterrupted use of GPS system.

Indeed, mountain ranges have been found to be a major factor in blocking and weakening the signals transmitted by GPS satellites and consequently the failure of the defence forces to get the full signal coverage.

By all means, GPS is considered a veritable force multiplier by the defence forces in the battlefield. Moreover, it has also been instrumental in shaping the contours of precision warfare.

For the Indian defence forces, the IRNSS system capabilities will be of immense use in refining the network centric warfare techniques.

Similarly, the proposed Indian tri service aerospace command, for the setting up of which approval from the Government of India is awaited, would need a large and independent satellite navigation capability that can be accessed anytime to boost its combat superiority.

Indeed, for the Indian tri service aerospace command, access to GPS along with other satellites meant for communications, surveillance and weather watch would mean a quantum leap in meeting the challenges of the future warfare with confidence. 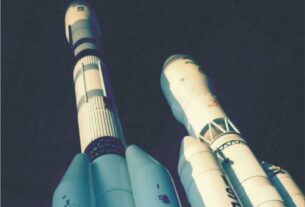 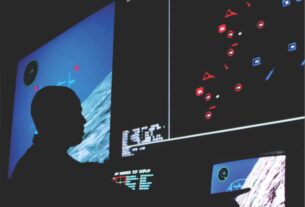