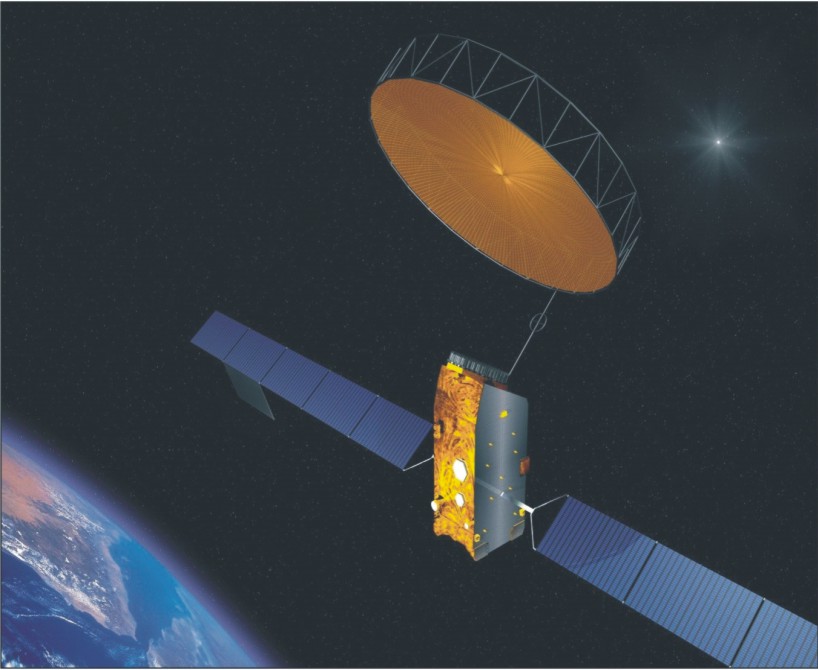 Space exploration, which took off in response to the long-standing human quest to unravel the mysteries of the universe, has over the years served as a robust platform for the design and development of a range of high-performance satellites with down-to-earth application capabilities.

Today a wide variety of satellites moving silently in the depths of outer space continue to enrich human life by providing services such as communications and broadcasting, weather watch and earth observation as well as navigation.

Clearly, tracking holds the key to the utilization of the full potential of an orbiting space platform. Ground stations meant to connect the satellites through uplink and downlink frequencies constitute a vital component of the tracking network.

As such, sabotaging the ground support facilities has long been considered one of the options to block access to satellites.

Similarly, countries can make endeavors to defeat the reconnaissance and surveillance capability of a satellite by obtaining information about the orbital details, sensor characteristics and the downlink and uplink frequencies.

By all means, this information can easily be utilized to either deny access to the chosen targets at critical times or to carry out deception efforts to confuse and complicate their signature.

Between 2007 and 2008, the control of two US satellites, Terra (EOS-AM-1), the flagship space platform of the National Aeronautics and Space Administration (NASA), for climate research and Landsat-7 advanced earth observation satellite were compromised temporarily.

China was suspected to be behind these compromises which lasted less than a quarter of an hour. For quite some time now, the US has been watching with alarm the growing Chinese prowess in the area of space weaponization.

Indeed, taking control of the satellite systems operated by adversaries constitutes a significant component of a space war strategy. Indeed, US has sufficient reason to get worried over the strides made by China in developing a range of state-of-the-art satellite signal jamming devices.

As a first step towards meeting this threat, US defense and aerospace giant Lockheed Martin had come out with a GPS spatial-temporal anti-jam receiver known as G-STAR.

As all the civilian satellites have their frequencies detailed in the public domain, it is easier to devise measures for jamming them and also intercept the messages beamed up and down.

Since satellites meant for global positioning are widely and universally used space platforms for a variety of applications including telephone conversation, the tendency to jam the GPS signals is quite widespread.

In particular, terrorists, smugglers, criminal groups and mafia organizations with widespread business interests could easily compromise the GPS-based communications devices of the adversaries.

In fact, GPS happens to be the only functional system that can record the position of an object at regular intervals. GPS satellites transmit signals that are received by GPS receivers. If the GPS receivers intercept these transmissions, it will calculate the direction, speed and location of the object.

Larger transmitters like GPS units use satellite networks to achieve a much larger range and are often used for discretely tracking objects.

However, if the access of GPS space platforms to ground stations is effectively blocked, the GPS system would experience significant degradation in its function. If the GPS Systems were to experience widespread failure or disruption, the impact could be serious.

Loss or degradation of GPS timing could disable the cellular telephone networks around the world, disrupt the global banking and financial systems and interrupt operations of electric power utilities and public transport.

Similarly, the loss of precision navigation data from the GPS could affect search and rescue operations as well as sea and air navigation worldwide.

In recent years, a growing number of new weapons systems are relying on GPS to provide accurate in-flight calibration of the onboard Inertial Navigation System (INS). Weapons that employ terminal seekers for homing can also be rendered more effective through the use of GPS.

But then defence forces falling back on GPS system for the precision delivery of weapon systems including missiles, bombs and guided projectiles, should take into account the vulnerability of navigation systems to various forms of jamming.

Studies have been carried out to evaluate navigational accuracy in the event that GPS measurements are lost during the flight due to counter measures. Commercially available GPS tracking jammer devices could be deployed to block GPS interception of signals.

According to US Department of Defense (DOD) denial and deception have become a highly effective means of limiting the information obtained by an intelligence collection satellite. As pointed out by DOD, the major counter space operations aimed at denying the adversary the timely access to the space platforms include deception, disruption, denial, degradation and destruction.

Satellite phones, which are used mostly in remote and inaccessible areas lacking in ground based telephone networks, are most vulnerable to jamming.

Defence forces, terrorist groups and individuals residing in areas not covered by the ground based communications network make use of satellite phones to stay connected. Because satellite phones are connected directly to an orbiting satellite, they avoid local cellular or wireless infrastructure.

The techniques aimed at disrupting a satellite telephone system include severing radio connection between the handset and the satellite and preventing the radio communications between the satellite and the earth based gateway facility. When jammed, a satphone will be unable to send or receive calls. A satellite phone can be jammed in two ways:

•    A high power transmitter can be pointed at the satellite so that it cannot receive signals from the handset.

•    A high power transmitter can be used to flood the handset’s area with radio waves so that the handset cannot receive the satellite signal.

Meanwhile, India is planning to launch the first of its GPS satellite, IRNSS-1, forming a part of the seven spacecraft constellation, by means of the four stages PSLV (Polar Satellite Launch Vehicle) during 2012-13.

This spacecraft carries a navigation payload and a C-band receiving transponder. The 1380-kg IRNSS designed for a lifespan of seven years has a power handling capacity of around 1600-watts.

As envisaged now, IRNSS would provide two services-Standard Positioning Service (SPS) open to civilian users and Restricted Service (RS), which would be encrypted one, for the use of defence forces.

However, in view of the susceptibility of GPS network to jamming, ISRO should take extra caution to harden the network operations against intrusion.

Way back in 2010, it was suspected that India’s communications satellite INSAT-4B orbited in March 2007 had its capacity crippled by the malicious “Stuxnet worm”. However, ISRO ruled out the possibility of Stuxnet worm attacking INSAT-4B on July 7, resulting in 12 of its 24 transponders getting crippled.

The sudden down scaling of the transponder capability of INSAT-4B resulted in the curtailment of DTH services in India.

Ultimately, it was clarified that the worm can strike only a programme logic controller of the satellite. Stuxnet is an internal worm that infects window computers. It primarily spreads via USB sticks which allow it to get into computers and networks that are normally connected to the internet.

Once inside a network, it uses a variety of mechanisms to propagate to other machines within that network and gain privilege once it has infected those machines, said cyber security expert Bruce Schneier.

In the backdrop of the rapidly proliferating trend of blocking the satellite broadcasts that are not to the liking of certain governments and groups, a joint statement issued by five leading international television and radio broadcasters has called upon the international regulators to address the serious issue of intentional satellite signal interference.

The statement says, “We have seen an escalation in the number of pressure tactics that have been used on media being accessed by audiences in Iran and other countries. We call upon the regulatory authorities to take action against those deliberately causing interference to satellite signals.”

International Freedom of Expression Community (IFEC) has stated that it is worried over the growing number of cases where reception of TV and radio signals by citizens in one country is deliberately prevented by the use of various “jamming mechanisms”.

Easy availability of devices to jam the signals emanating from satellite using C and KU bands has rendered the task of blocking satellite broadcast all the more easier.

Not surprisingly then, US National Space based PNT (position, navigation and timing) Advisory Board has brought home the point that the deliberate disruption of GPS system has become more common and widespread and that the devices in place to find and stop jammers were inadequate  and insufficient.

Because GPS signals are weak and omni-directional, they are vulnerable to jamming. As it is, in most cases, GPS signal jammer works by emitting a signal with the same frequency as the satellite and a noisy signal that prevents the satellite from receiving and transmitting any useful information.

Because GPS satellites generate low power signals that need to travel long distances to reach the receiver, jammer capable of putting out around 2-watts of power are good enough to jam the GPS signals.

A jammer on the other hand, produces a stronger signal much closer to the receiver and since signal power diminishes as the square of the distance travelled, the jammer enjoys a clear cut advantage in blocking the GPS signals.

Indeed, terrorist groups bent upon hitting a targeted country deep and hard, can easily disrupt the public utilities based on GPS system capability.

Mobile satellite operators, DTH service providers as well as media companies have a stream of complaints of satellite signal jamming.

The attempt at jamming, apparently by the Cuban government of National Iranian TV, a station operated by Iranian dissident groups based in Los Angeles, provides a pointer to the possible Cuban support to the Iranian attempts to block the satellite channels inimical to the interests of Tehran.

There have also been reports of the jamming of BBC (British Broadcasting Corporation) World Services Persian broadcast by Tehran.

Meanwhile, the  two  leading satellite broadcasting service providers in West Asia drive home the point that the jamming of the satellite signals by the government bent upon suppressing ‘unfavourable and unpalatable’ coverage has assumed serious proportions.

Functionaries of Nilesat of Egypt and  twenty one  nations Arabsat consortium based in Riyadh hold the view that the Arab spring wave of civil disturbances have gone to turn jamming into a serious revenue loss issue.

According to Salah Hamza, Chief Technical Officer of Nilesat, “it started with Libya and then moved to Bahrain, Iraq and Syria, Iran and other places”.

“We can play with power levels on our uplink and for a while we succeeded in stopping it. But now the jammers are using higher power amplifiers. They are getting more sophisticated.”

On its part, Broadcasting Board of Governors (BBG) has condemned the purposeful interference with broadcast transmissions to Iran as a threat to human rights and cited new evidence that jamming signals are now emanating from Syria.

“Recent interference with Eutlesat satellite originates from near Damascus in Syria,” said Andre Mendes, Director of Technology, Services and Innovation of the International Broadcasting Bureau – the engineering arm of the BBG.

“The notion that the locus of some jamming of our broadcasts into Iran is from Syria is something that people should know,” said BBG Chairman Walter Isaacson.

From a practical point of view, efforts can be made to make systems more robust against interference. But it costs more money and could ultimately turn the system far from economically viable entity. 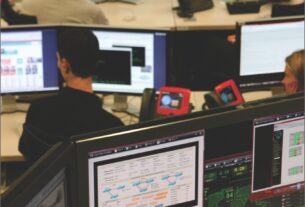 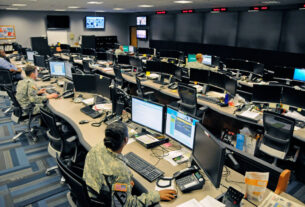 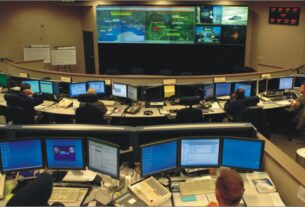